CG this, CGI that, we’ve all heard those two letters being used over and over again to describe many different things, but what does it really stand for?

Where did it come from? Where will it go?

And what about CGI or VFX? Are they the same thing?If you want to learn CG or VFX, Wingfox is a good platform

What Does “CG” Stand For?

Computer Graphics, Computer Generated, Computer Geometry, etc. That might seem like they’re a lot of different things, but it basically means the same thing in each case.

CG means something that was created using a computer and is related to digital graphics.That’s the broadest definition of the acronym.

However, a more useful definition—the context in which most people use “CG”—is simply to describe 3D computer-generated content.

That can include everything from photorealistic humans and environments for big-budget movies/games or cartoonish characters for animated series, and everything in-between—but not every type of computer-generated content.

A drawing that you did on your computer by using your drawing tablet, for example, or an excel sheet, wouldn’t be considered “CG”.

If you’re wondering why we use such a broad term to describe only a part of the wide range of computer graphics… All I can is that that’s just how things happened.

English is a mess and the rules are for suckers. Just look at what happened to “literally.”So the best answer as to why we use “CG” to describe almost exclusively 3D computer-generated content is “it is what it is.”

Where Did “CG” Come From?

Back in ye olden days, people smarter than I realized that we can use computers to make things other than sounds and text for us. So, in our infinite creativity, we named it “computer graphics.”

CGI technically also encompasses a lot of topics, but in reality, is used for a specific set of things.“CGI” is most commonly used to refer to the 3D graphics and effects used by movies and TV (or streaming) shows.Everything from spaceships to dragons to effects such as wind, fire, smoke, blood, grit, etc., can be done using computer graphics, and that is what most people would refer to as “CGI.”

Why Is CGI Used?

Considering the breadth of different applications that CGI can be used for, it has practically infinite creative uses.Assuming we’re talking about movies and shows—and not the broader definition—everything from wanting to cut costs by using CGI locations, characters, props, etc., to using it to simply enhance the story in ways that might simply not be possible in any other way or as easily done.CGI has allowed entire genres of movies and shows that couldn’t have been done before to exist.

It has given people the ability to significantly reduce the costs of creating a movie or show—in certain aspects—as it allows even one person to create intricate shots and worlds in the comfort of their home.But, having said all of that, CGI has a bit of a connotation as well. Lots of people think that CGI is “cheap” or “doesn’t look real” or that it’s “uncreative.” That it somehow takes away from a product because it’s not actually real.I think that’s somewhat misguided. Even in a show or movie that has no need for CGI, in certain areas, they will most likely still use CGI to enhance certain aspects.

And, as with anything, there are always going to be shows/movies that go the cheap route and skimp on proper CGI, which makes them stand out negatively. But properly used, CGI is a magical boon to anyone in the movie and show industry.

and VFX is pretty much the same thing as CGI.It stands for “Visual Effects” and is generally used in the movie industry to describe the combination of digital CG elements and live-action footage, and, as the name suggests, visual effects such as fire, smoke, water, wind, etc.

It’s a little confusing, but you can think of VFX as a part of CGI; whereas CGI refers to all 3D elements that might be present, VFX refers to the more detailed parts of CGI – parts that sometimes have a more elemental feel to them, like light, magic, fire, water simulations, snow and more.

A futurist car, for example—that’s made with computer graphics, not practical effects—that the hero uses would generally be referred to as “CGI.” But a blood spatter from the hero getting punched would be considered “VFX.”To make things even more confusing, some people use these two terms interchangeably.

So being a stickler about it doesn’t really matter. But it’s useful to keep the distinctions in mind.What Is the Difference Between Animation and CGI?
CGI or CG only really means “something (usually 3D) made in a computer (even a single still image).” Whereas animation is a motion picture (many images / frames played in sequence fast enough so they appear to be moving).

There can be many different genres of animation (hand-drawn, 2D computer-generated, cutout, etc.) including CG/CGI animations, but “animation” by itself does not equal “CGI/CG.”Calling 3D animations “CG” is like calling movies “photographs.” It doesn’t make much sense.Oftentimes “Animation” is also used to describe character animation, as in the art of moving bones of a Pixar-looking character in a toony way, or even using mocap to drive a rig.

Graphics design is a bit of a hard concept to explain. You can think of it in an abstract way as the technical art of conveying certain information through creative expressions—whether that be 2D, 3D, or any other form.so you can use CG to create graphics, but it wouldn’t really be considered “CG” at that point, it’d be more accurate to call it a “graphics element.”

Hopefully, that explained some of the intricacies of these acronyms.They can be a bit confusing at first when you first come across them in the greater 3D art scene, but you’ll eventually almost instinctively get a handle for each one. So no need to stress about it too much.

You will often hear the advice given by writers, “write what you know”. Well, painting is no exception. If you’re an indie game developer, especially if it’s just a one-man store (and that person is you) 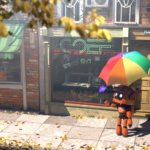 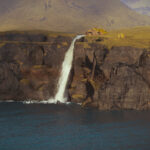