Just 4 Steps to Make a 3d Animation: from Rigging to Animation and Engine

Animation is the soul of the work. The characters come to life when the animation is done carefully. Each blink, each small action design and execution is the key to reflect the character’s personality. There are three major types of animation: 2D animation, 3D animation and stop-motion animation. Once we have created a 3d character, it can be further transformed into 3d animation.

Today we will talk about how to animate your model. Let’s take the four actions of the dwarf as an example: idle state, walk, run, and attack.

Download the ARTv1 plug-in, install it into Maya, and proceed.

Xara Mahmoudi is a senior 3D character animator and character technical director with over 8 years of experience. He is passionate about animation, game development and filmmaking and has worked on projects such as The Dark Phantom: Dawn Of Darkness, Dark Madness, Qbang. He offered a online animation course at Wingfox: The Dwarf Warrior II: from rigging to animation and engine

This course is very useful for those who want to be involved in the game character process. If you are a modeler or a character binder or even an animator, you can get something out of this class. Because this course will impart some very practical knowledge that will facilitate your understanding of the workflow of the other parts of game character production.

In this course, you will learn to create complex and friendly character bindings that provide 3d animations for the game. These animations will then be imported into the game engine and integrated with the bound characters. By using the ARTv1 plug-in, binding becomes very easy and convenient. In addition, ARTv1 has a very durable control selector and other useful tools that make animating even easier. This course is suitable for students who have some basic knowledge of maya and ue4. You can systematically learn the core knowledge of game characters, suitable for beginners to intermediate and advanced progression.

This 3d animation course covers the three main topics of binding, animation and engine animation testing. Besides the modeling part, you can learn different parts of the character process. Rigging is some times very troublesome and complicated, but with the help of ART plugins, everyone can bind and mask characters.

It is suitable for game action master, film and television animators, and related professional students to learn. Students who do not have the foundation of maya and virtual engine are not recommended to learn, it will be very overwhelming. It is recommended to learn other basic courses on the site before studying this set of courses in depth, which can help you better understand the different techniques.

If you want to learn to make 3d animation in more detail, welcome to join this animation course.

Is it possible to learn 3D modeling without art skills? 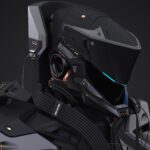